Exploring the oceans by submarine

As Rob McCallum heads off on a record-breaking sub dive, he reflects on the appeal of the big deep.

“There is always, always something going on beneath the waves,” says Rob McCallum – leader of the upcoming Five Deeps, the world’s first manned expedition to the deepest points of the five oceans by submarine. “70% of our world is covered by ocean – this is the first time we’ve had a vehicle that can get to the bottom half of it.” The expedition will traverse 40,000 nautical miles in 11 months, descending 72,000 metres in the process.

For McCallum, who is part of EYOS Expeditions, a company that accompanies superyachts to the most far-flung destinations in the world, exploration on a grand scale is nothing new. “It’s what we do for a living,” he explains. “We run 50 or so expeditions a year at EYOS for a wide range of clients – I just happen to be the deep water guy.”

McCallum rose through the ranks as a professional diver before starting to work with submersibles. “Gradually, the submersibles got deeper,” he says. He started to accompany people down to the likes of the Titanic and the Bismark and then eventually ran film director James Cameron’s famous dive to the Mariana Trench, where he was frequently underwater for up to 20 hours at a time.

“It takes three hours to get to full ocean depth – so with three hours down and three hours back up, it all goes by a in blur,” says McCallum.  It’s a good thing he thinks so, with Five Deeps next on his to-do list. The dive schedule includes the South Sandwich Trench in Antarctica (at 8,183 metres) and the Java Trench in the Indian Ocean (a mere 7,290 metres), among others.

“Once you get below 300 metres, it’s dark and so it’s a very relaxing experience. You are in this womb, this cocoon, which is very quiet – there’s no noise from outside and it’s very stable, the only thing you can hear is your own breathing and maybe the whirr of a computer or a cooling tank. Everything is in slow motion.” McCallum, it seems, isn’t phased by much. 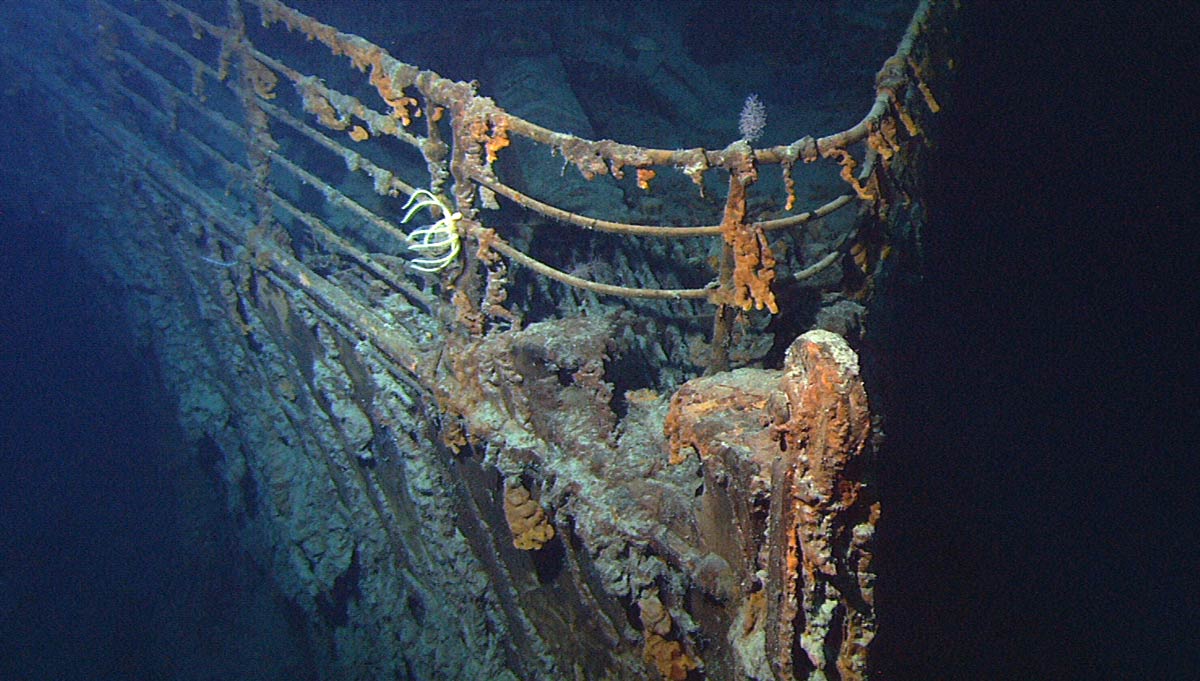 The wreck of Titanic

The wreck of Titanic

“A lot of people love shipwrecks,” says McCallum, “and there are lots of good sites around the world for that.” Of course, wildlife is another motivation to get underwater. “In some places you can park the sub on the bottom and wait and you’ll see whales and whale sharks going by – it really depends what you are into and where you are in the world,” he says.

It’s little wonder then, that submarines are becoming increasingly popular on superyachts. “People don’t just want to be taken somewhere and have something pointed out to them anymore, they want to experience it,” explains McCallum. “The submersible allows them to explore underwater – for people who either can’t dive or want to dive beyond their capabilities.”

Another bonus is that they are suitable for everyone, families and small children included. “Once you close the hatch, the atmosphere is pretty much the same as it is on the surface. It’s a pretty relaxing environment,” says McCallum. The subs they work with range from three seaters to seven seaters – with enough room for a large family plus a pilot. Guests also have the option for dual control so they can fly along with the pilot – or they can simply learn to fly it themselves.

For McCallum, even with all of his deep underwater miles, some his most precious sub experiences have taken place far closer to the surface.  “One of my most memorable dives was with a couple who had never even been in the sea before,” he says. “Suddenly they were given this vehicle that could take them underneath so they could see everything. People are changed forever by submarines, they open up a whole new world to them.”

For McCallum, it’s the expedition to the Five Deeps that is likely to change him – and far more besides. “Humans have never had a vehicle before that they can visit half their ocean with,” he says. “This submarine will allow us to have a platform to do science in that lower half of the ocean – I think we’re going to find a lot of answers there.”

The dives of my life

Alexis Vincent looks back on some of his most memorable moments underwater.

Melissa Twigg finds an island brimming with fresh life almost a year on from the America’s Cup.

Childhood adventures in the Exumas

Sign up to our newsletter and get our latest stories delivered monthly to your inbox.